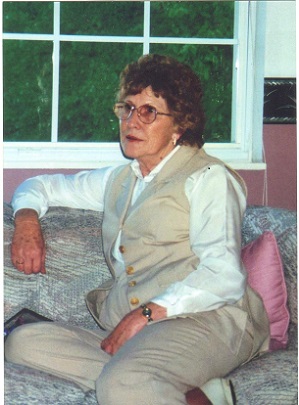 This is the first Mother’s Day I’ve spent without my mother. I have to say, it hurts. Really hurts. My mom was an incredible woman who never attained what she could have. It was only in the last years of her life that I caught glimpses of the amazing strength she kept hidden away inside her.

Patricia Nichols was born during the Great Depression. Her family, like most others, was poor. They didn’t have necessities like clothing, shoes, or sometimes even food. Her father, my grandfather, wasn’t much of a provider either. It was a bad situation, but the family persevered.

Mom grew up and married my father. I was born on death’s doorstep, and hung there on a regular basis. Their marriage broke up, we went to live with my grandmother. Mom worked a hard physical job to support us. I didn’t see much of her.

Years later, Mom married my stepfather and later I had a brother. It was nice having a sibling, even though he was nine years younger than me. Mom still worked her hard physical job.

Many years later, after I’d grown up and had kids of my own, she had a heart attack. She said she saw a light and believed she saw the other side. After that, she never feared death. When she found out she had pancreatic cancer and only months to live, she faced the end with dignity and strength. It was the rest of us who were falling apart.

It was difficult to see her become weaker and in more and more pain, but she faced the end of life with humor and strength that could be a lesson for the rest of us. She looked forward to seeing her mother and her brother and sisters who had gone on before.

If your mother is alive, give her a call or hug. Go see her. Sit, talk. You’re blessed to have her still with you. Maybe you don’t have the best relationship with her. I understand, Mom and I butted heads frequently. Just remember, there are only a few precious years that we have with our mothers. I wish I’d spent more of that time with mine. Don’t make the same mistake.

If she can’t believe what she sees, can she believe what she feels? When photojournalist Stephie Stephanova visits Ugly Creek, Tennessee to help her best friend, Madison, she expects a boring visit. Then she snaps a photo of something she shouldn’t have seen–and falls for a man she definitely shouldn’t have.
The Ugly Truth available only in ebook from Amazon until August 16 when it will be available in electronic and paperback formats from all major book outlets.