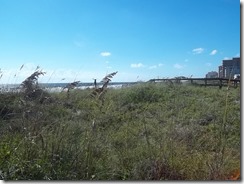 As many of you probably know, my husband, and I moved to Florida just under a month ago. While any move is stressful, this one was especially so. We were both born and raised in East Tennessee, and we were leaving everything we knew. Not that I don’t love Florida, it’s an amazing place to live and I’m happy to be here. The move, however was Murphy’s Law in action—whatever could go wrong probably did. Right up to the climatic arrival at our new home and the realization a lot of our things had been stolen during the move.

That was difficult enough, but when I realized I had to face some hard truths about myself, it was a humbling, and terrifying, moment. The three big truths I had to face were: 1) I push too hard. I have physical and emotional limits that I ignore on a regular basis. I feel I have to do whatever needs to be done, no matter how hard, or whether I will be hurt in the doing. Which leads to: 2) It is almost impossible for me to ask for help. It would have been in my best interest to ask for help at several points during the moving process, but I didn’t. Even after we got here, it was incredibly hard to ask my daughter (who lives in Florida) to take me to the emergency room. I spent three days there due to screwed up electrolytes, exhaustion, and stress. I’m better now, but still facing the issue of needing help.  3) I don’t allow even those closest to me to really see the difficulties I face on a daily basis. I don’t want to be seen as “lesser than” other people. I just want to fit in  and be like everybody else. Which, of course, sets me up to overdo and get overwhelmed. I definitely have some things to work on.

Why am I sharing this? Because I know there are others out there like me. People with physical, emotional, or mental issues who spend their lives trying to pretend that they are just like everybody else, that they can do or handle anything anybody else can. Learn from me, don’t push too hard. Too hard and things can collapse around you. You won’t be able to pretend then.