Fifty years ago today, the biggest science fiction franchise ever launched. It was, of course, Star Trek (yes, the original one with Kirk and Spock).

I was fortunate to have watched the very first Star Trek episode the night it originally aired back in 1966. Even better, three years later I watched humanity reach the moon. I am so blessed to have been here to see the time when science and fiction came together and merged into one huge push for the future. 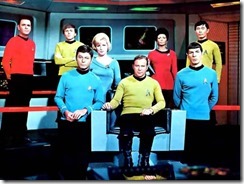 In those heady days of the end of the 1960s, it seemed the whole world was focused on space. It was a time of excitement of adventure, a time full of possibilities. I’m so grateful I was alive to experience that magic. All too soon, the moon was left behind us, and space lost its allure for the masses. 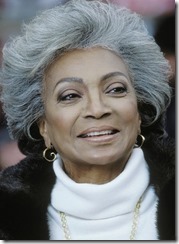 Sure there were moments. The shuttle program being the biggest. There was the beautiful and talented Nichelle Nichols leading the charge to name the first shuttle Enterprise. (It was, though it never flew into space.)

But soon that time ended. Slowly it became common place for a shuttle to go into space. Few people got excited. Then in 1986, the Challenger explosion occurred (photo below). Ironically, the accident rekindled the space program for a while. Eventually, the public lost interest again.   In 2003, another disaster occurred when the Columbia shuttle broke up during reentry. This time the US space program slowed to barely a crawl. And there it is today, struggling to hold a place in our busy, fast-paced world. 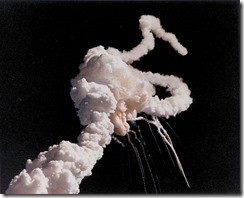 Space once again became the domain of fiction. Star Trek is still there, with new movies airing regularly, and a new series coming soon. There are other science fiction movies and series, some good, some not, but nothing as big a hit or social changer. Of course there are the novels. I have to admit, I haven’t read many newer SF novels, I haven’t had the time. Besides, I love the classics so much it’s hard to believe anything can stand up to them.

Science fiction is founded in science, taking current knowledge and building. Those who hold to the foundation of science fiction tend to hate the term sci-fi, feeling it belittles the field. I’m one of those who don’t use the term, instead I prefer the full science fiction or SF But then we’ve already established I came in early.

And I wouldn’t have it any other way.

If you could live in any time period,what would you choose?

Would you consider living in  the future?

Do you think humans will ever live in space or on another planet?

Have a great day!