When I posted about the 50th anniversary of Star Trek, I mentioned the classic novels of science fiction. Today I’d like to mention the authors who pulled me into SF. Not everyone will consider these are the best or most influential, but in my teens and early twenties they wrote the books I escaped into. They came into my life either by being recommended to me by friends, being available through Scholastic (or both), or by being available in my local library. Still these authors are, if not the best,  at least among the best.

Except for the first name, the list is in no particular order. I stand behind my belief that Isaac Asimov was the best science fiction writer ever.

Isaac Asimov. The author or editor of over 500 books, he also wrote numerous articles and essays. I have spent many hours reading and rereading Asimov’s work. My favorite of his novels is The God’s Themselves, although I’d be hard pressed to say why.  Oddly, while I’m not a huge short story fan (I prefer immersion in a story of a longer period of time), I love Asimov’s short stories more than any of his work. His short story, “What If…” contributed to my desire to write fiction. (I had to do something with all those stories I came up with when I began thinking in terms of “what if”.)

Ray Bradbury Possibly the most well known on this list, Bradbury’s work is deeply layered. I tended to feel I was missing something important, and yet I loved the stories. I can’t wait to read his work again now. I have a feeling I’ll be shocked at some of the amazing things I missed when I was too young to appreciate them. 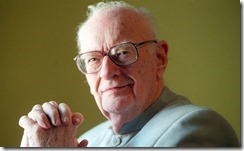 Arthur C. Clarke When they hear the name Arthur C. Clark, most people think 2001: A Space Odyssey. While I think 2001 is awesome, my favorite of his novels is Childhood’s End. The amazing story of human kind’s evolution into something else is a breathtaking tale of what might be next for our species.  I was excited to hear about the recent miniseries, but while it seemed promising in the beginning, it didn’t really have the depth and intricacy of the novel.

Robert A. Heinlein I enjoy reading Heinlein, but his The Cat Who Walked Through Walls was the last SF novel I read (that I hadn’t previously read). I had never heard of Schrödinger’s Cat, and had no idea the novel was playing on that theme. I didn’t like the way it ended. I have a feeling I still wouldn’t like it, but wouldn’t feel as betrayed as I did back then (early 80’s). 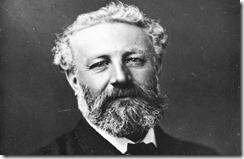 Jules Verne  Jules Verne the Man Who Invented the Future, is a biography of Verne by F. Born, and there is much truth in the title. Among other things, Verne introduced a workable submarine, helicopter, and  moon landing. Great vision, exciting adventure stories. What more could you want?

H. G. Wells Martian attacks, a trip to the moon, horrific biology experiments, an invisible man; and at the time he wrote them, these stories were new.  Wells had a gift of making the reader feel as if he/she was  in the thick of the events. 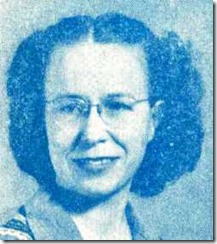 Zenna Henderson  I loved Henderson’s  Pilgrimage: The Book of the People, but it was only a few years ago that I stumbled onto a volume of her short stories. Here I found even more depth and interesting takes on society.

Yes, with one exception these are all men. That’s what was available, so that’s what I read.  There  were women SF writers, but they were harder to find. Thankfully, things have gotten better since that time, though women in the genre are still struggling.

Later I discovered many more excellent SF authors, but the ones I included here were the beginning for me, the “gateway novels” I suppose. Writing this blog, makes me want to read more SF, both authors and stories I know and new authors and stories. There is never enough time to read.

I didn’t include pure fantasy authors (yes, I know the genres blur). Maybe I’ll write another post about them, especially since there are more women.

Do you have favorite authors from earlier in your life? Were they science fiction or other genres? Do you read different genre now than when you were younger?

Have a great week!

All photos from FamousAuthors.org except Zenna Henderson which is an author publicity photo.