One hundred years ago yesterday, women won the right to vote in the United States of America. This country we see as the most open, progressive, welcoming place in the world; finally allowed half its citizens the right to participate in governing. My grandmother saw this happen. It blows me away every time I consider that. In November of 1920, 8 million American women voted for the first time.

As you read this, we are entering the buildup to the current presidential election. While all elections are important (a topic, perhaps, for another blog), the presidential election is the biggest, and arguably the most important one. It’s also the one in which the most citizens cast a vote. Even then, somewhere in the neighborhood of half of those eligible to vote actually do.

I haven’t done any sort of research as to why people don’t vote, so I can’t comment with any authority. On the other hand, the most common reason I’ve heard from people is, “It doesn’t matter whether I vote or not.” Let me tell you something important. It does matter, it matters a lot.

Let’s do a fun little thought experiment. Let’s say that we (the half that doesn’t usually vote) want Snoopy to be our next president. So we form a third party, the Doggone Party, and we go through all the paperwork and legal drama to get him on the ballot. Then election day dawns. The “regular” half of voters are out there voting for Ann Elephant and Theo Donkey. We, the normally silent nonvoters get out there and vote. Some won’t vote for whatever reason, but an overwhelming majority (of the half) go vote, and they vote mostly for Snoopy.

And our next president is Snoopy. 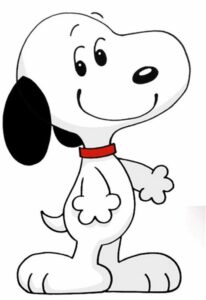 You just helped change history, and we have the cutest president ever!

Get out there and exercise your constitutional right, especially if you are a woman. We only recently won the right, let’s use it!