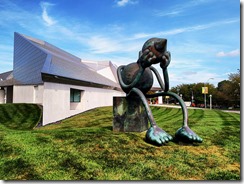 I broke one of my personal rules the other day, I ran several errands, pushed hard at my writing, and did a bit around the house. Not a lot, but for me it was entirely too much.  It  felt great to accomplish so many things, and I thoroughly enjoyed the day, but there were consequences. For one, my spoons are gone! Spoons, you say. What the heck is the crazy woman talking about?

The Spoon Theory by Christine Miserandino is the clearest and most accurate explanation around of how energy, which she calls spoons, is the bane of existence for those of us with chronic illnesses.  To truly understand the idea, I suggest reading her explanation. The bottom line is that she uses spoons to represent units of energy. Sort of like a gallon of gas in your car. You can go just so far. Most people are energy efficient and need very little energy to do what they want on a daily basis. It’s only at times of long travel, or the need for lots of trips that the gallons becomes an issue. People use spoons. Most people have plenty for their daily needs. Some of us don’t have so many. Unlike gas, you can’t just go out and buy more. What ya got is what ya got. Deal with it.

Most of us eventually learn to live within our spoon limit. We take life more slowly, do things in different ways, break big tasks into smaller ones, and learn to say no. These ways of dealing with insufficient spoons, tend to drive “normal” folks up the wall. Then there is the “do it anyway and pay the price later” strategy. It’s a commonly used strategy, because it allows us more freedom. The problems with it is that afterward we have almost no spoons for days or even weeks, we frequently are hit with other symptoms (pain, confusion, grogginess, weakness, etc.), and the fact that other people understand this coping strategy even less than the others. “But you went to Jan’s birthday party last week, why can’t you go to the mall with me?” We even get called lazy.

It’s a complicated way to live, and some of us cope better than others. If you’re dealing with a person with a chronic illness, maybe you could take a little time to think, to learn more, to figure out how to not push when the person is trying to live with their spoon limit, and most importantly: try to understand!

It would be a really nice thing to do!

Do you have a chronic illness? What do you wish people understood? Any suggestions for living with a spoon shortage?

Do you know someone with a chronic illness? How do you feel about the way they deal with it? What do you wish you understood about them or the illness?