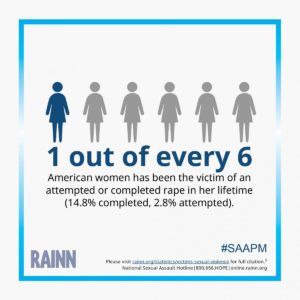 I have never been so disgusted with our government as I am at this moment. I cannot believe that in the 21st century a gaggle of civil servants, that we the American People voted into office, is hellbent on shoving through their prize candidate over the life and reputation of a woman who did nothing but ask that what happened to her be considered during the nomination process of a potential Supreme Court Justice. She could be lying, they say. She could be mistaken, they say. They want to ignore her and get the job done. Now. Why the hurry?

There is no real reason to believe Dr. Christine Blasey Ford, a respected psychologist and professor of statistics at Palo Alto University, is either lying or mistaken. It looks like she stepped up to the plate and did the right thing–something rare in today’s world. She has paid a high price for coming forward. Not only is she being treated like a criminal by many, she and her family are in hiding because of death threats. It’s sickening that anyone would threaten to kill a woman just for coming forward with information she felt should be taken into consideration when appointing a Supreme Court Justice for life. Her life will be different from this point forward, and all she did was come forward with information she felt should be considered,

There is no indication that she is not telling the truth. And regardless,  does the chance she might be lying or mistaken mean what she’s saying should not be considered? No. What’s the hurry? One of the most honored, and important positions in our country should not be filled without checking into every question or concern. There should be NO question that this particular candidate is the best qualified. If not, there are plenty of other people out there to choose from. Slow down. If it’s important, it’s worth doing right. That’s what these same men said just a few years ago.

What’s the rush, anyway? Maybe because November is lurking? If this man is the right one, he’ll still be right in December. So, what are you men so afraid of?

In closing, I would like to address the claim that if a police report wasn’t filed it proves nothing happened. Bull hockey!

My story: I was sexually assaulted multiple times by two different men, I was a child and wasn’t sure anyone would believe me over these grownups. Years later, I decided to speak up. In one case I wasn’t believed and the other was told it wasn’t a big deal. That’s why girls and women don’t tell. And if putting an abuser on the Supreme Court of the United States certainly won’t help that situation. #WhyWomenDontReport