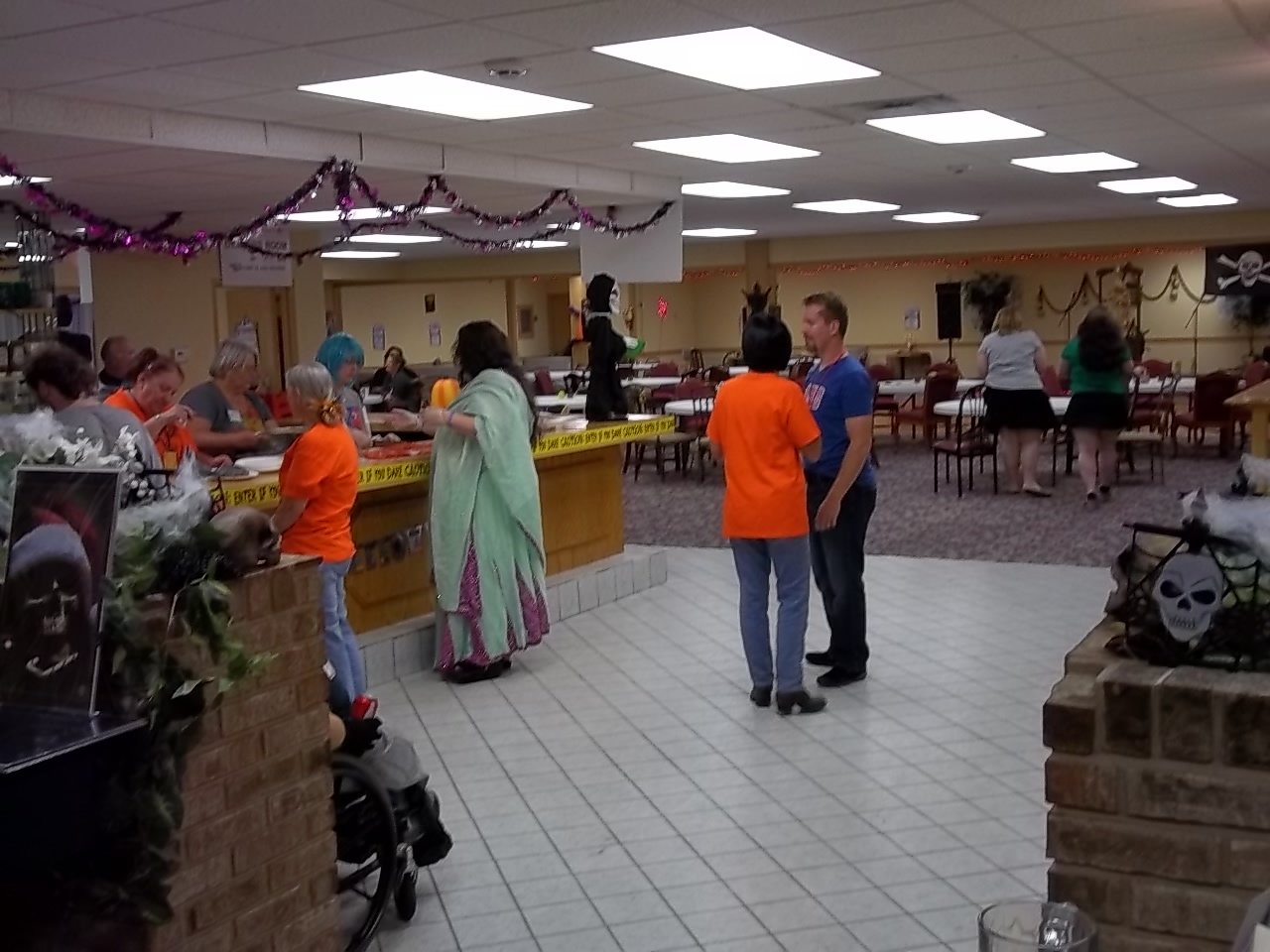 Gathering at Hallowcon before it became unplugged.

It was a dark and chilly night in North Georgia. There in a little town, fans of science fiction, fantasy, and horror gathered to have a wild, fun, and crazy weekend. For a while, things went well. Food and drink, friends old and new, time and space become things of a different ilk. And then…
The lights went out.
Firetrucks and police cars. Evacuation to the parking lot. It was unnerving, I will admit. But unnerving was fodder for the crowd. Music continued, food appeared, the party just moved outside. 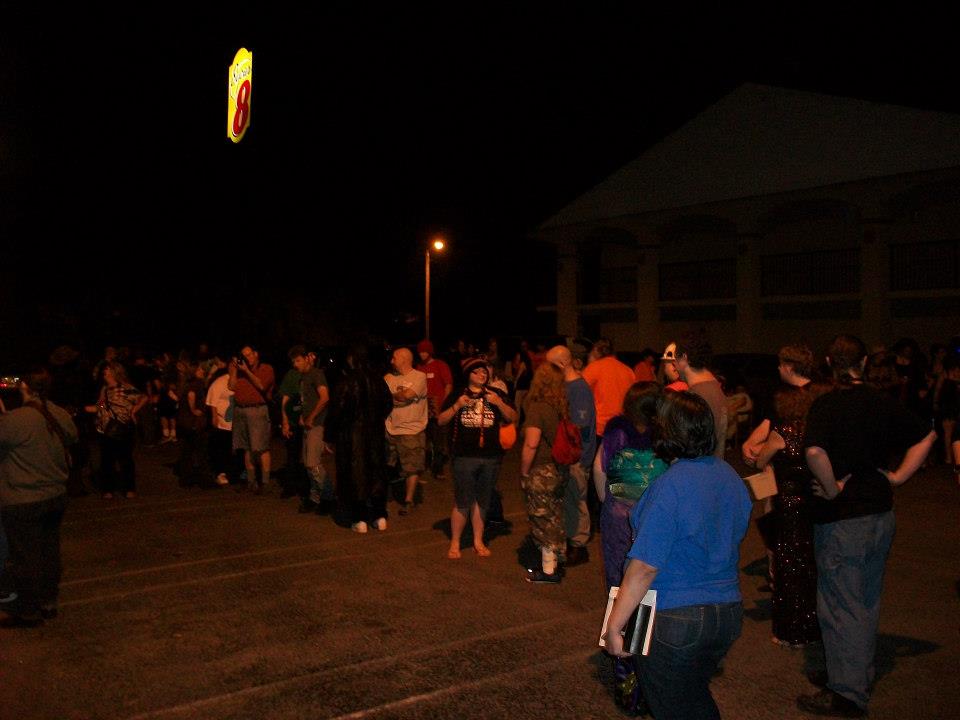 The emergency finally ended. The fans went back into a candle-lit con, and partied like nothing had happened.
I was there. I told ghost stories by candle light. I sipped wine with good friends, and new friends. I sold a few books. I had a wonderful time.
Hallowcon 2012 will go down in history as the con everybody remembers. If you weren’t there, I’m sorry. It was a time never to be forgotten.
And the firemen were unofficially chosen by the fans as having best costume.

Note: I don’t want to forget the man badly burned when the fire began. All our hearts go out to him and his family. Get well soon!